A court on Tuesday sentenced former Vice President of Guatemala, Roxana Baldetti to 15 years and six months in prison for fraud.

Judge Pablo Xitumul ruled in finding Roxana Baldetti guilty of conspiracy, influence peddling and fraud at the end of a four-month trial.

According to reports, Baldetti led a “criminal network” that sought to defraud the state after awarding a multi-million dollar government contract to decontaminate a lake near the capital.

The Ex-vice who faces charges in three other corruption cases resigned as Vice President in May 2015 after being accused in a separate fraudulent scheme involving Guatemalan customs.

Baldetti’s brother, Mario, got 13 years in prison for his involvement in the contract to a company owned by an Argentine-Israeli businessman, Hugo Roitman, who was also sentenced to 11 years in prison.

The others involved were former government officials.

The project came to light in 2016 after environmentalists charged that the chemical formula sold was a mixture of salt and water. 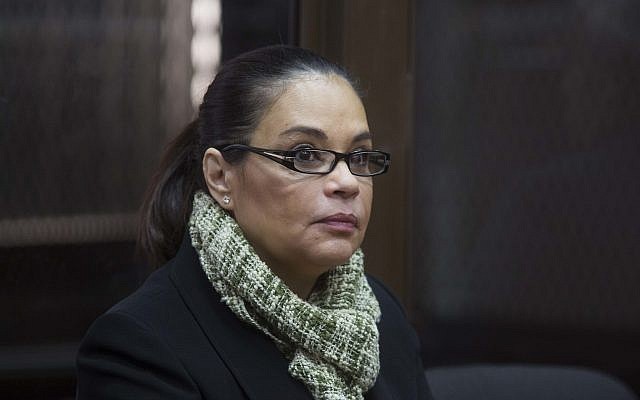 So Sad: NYSC Member Dies After Using Sniper On Hair

ABOUT US
Crystal news Nigeria is a platform for both local and international news, entertainment, lifestyle, health, creative writing, business promotion and more. It is aimed at providing factual, informative and educative information to as many people as possible, in a friendly and eye-catching way.
Contact us: contact@crystalnewsng.com
FOLLOW US
© Newspaper WordPress Theme by TagDiv